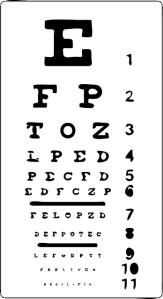 First of all, I’d like to apologise to everyone who has attempted to contact me via email or FB.  I haven’t been on FB for a long time, and when I finally went to my gmail account the other day, I had 16,000+ emails in my inbox.

Which I deleted, en masse.  I just decided it would be better to start over, considering my eye issues.

So…I apologise, really.  I have thought of many of you over these past months, but I didn’t want to email anyone (or write a blog post), ranting, raving, or crying about my medical situation.  Everybody’s got something crappy in their lives, right?  And, under 45, the crappiness has escalated to horrors that I don’t think anyone foresaw.

You’re all suffering, in one way or another.  It seemed petty and self-absorbed for me to go on and on about my troubles.

I’m sorry for not staying in touch.

Why get back online now?  Well, it’s because it seems my symptoms are worsening, and in some cases I have new symptoms, and I figure it isn’t helping to just ignore them.  If for no other reason, my kids can read this as a documentation of whatever illness this is, in case they have similar problems in the future (which was the original intent of this blog).

Last spring, my vision started to get really blurry.  I put up with it until my annual eye exam in August, then discovered that I was seeing double.  Up-and-down double, called “binocular vertical diplopia”.  I had to push the ophthalmologist to take it seriously – why she initially didn’t, I have no idea.  Asked what caused this, she said, simply, “Age.”

Side note #1: Really??  I know plenty of folks my age who do not see double.  In fact, most of them don’t, and the one who does has it from head trauma (car accident).

She referred me to their “double vision expert”, who is an optician who prescribes special lenses for the condition.  I have nothing against opticians, but they don’t get into why someone has issues with their eyes, which is what I need.

But I went to see her anyway. She did some visiony stuff, then told me that they could prescribe prism lenses but initially only “stick-on” ones, which they would try of different strengths etc until they found the ones that were most helpful.  Then they would make permanent glasses with prisms.

So then I went to see their guy who actually writes up the order.  He asked to see my glasses (which I purchased from Zenni, who are excellent btw), then commented, “I can’t work with these cheap glasses!”

Side note #2: Oh, microaggression, just what I needed.

“Never mind,” he stated, “it will be hard to stick the temporary lenses on these but I’ll try.”  With a big sigh.

I took my glasses back from him and told him I’d have to think about it.

That was the last time I went there.  I complained to Dr Wonderful about them, and he confirmed he went there for his own glasses and was not at all impressed.

Yep, back to Dr Wonderful I went.  He sent me for an MRI.  He thought it might be multiple sclerosis.

4 thoughts on “Single-Minded, Double-Visioned…and Getting Worse.”