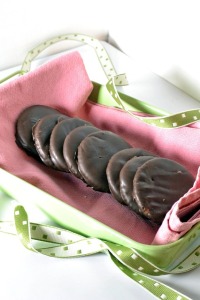 It’s Girl Scout cookie time!  Head out to one of their usual haunts in front of retail stores (usually a grocery store) and buy some!  No, I am not a Girl Scout but I think they’re a great organization.  And their cookies are good!

Besides the Great Cookie Arrival, since this is the last Wednesday of the month, this post will be all about good news.

One of the biggest pieces of good news is that Rick Gates – former assistant campaign director for 45 – has had all charges dropped by Mueller in exchange for his full cooperation.  Some people are angry that he got his charges dropped, but I say, “whatever works” and anyway, if Gates goes back on his agreement, Mueller will refile charges (“Robert Mueller Just Flipped His Third Former Trump Aid”, Andrew Prokop, Vox website, 2/23/18).

Aside #1: Mueller wouldn’t have made this deal if the information he was going to get out of Gates wasn’t substantial – and about higher-ups.

Aside #2: The judge ruled that Mr. Oliver’s speech is protected by the First Amendment.

A California judge has ordered the Dept. of the Interior to reinstate the ruling (that was made during the Obama administration) restricting methane emissions.  The agency can no longer stall and refuse to enforce this.

Judge William Orrick stated that “the delay is untethered to evidence and is likely to cause irreparable injury to California, New Mexico, and other states” (“Second Judge Says Trump Can’t Keep Stalling Clean-Air Rules”, Matthew Daly, Associated Press via the U.S. News website, 2/23/18).

Aside #3: For more on Interior Secretary Ryan Zinke and his awful policies, go here.

The Supreme Court has rejected 45’s appeal of an injunction in January of this year that stopped him from ending the DACA program.  45 had ordered the phasing out of DACA to begin next month, in March (“Supreme Court Rejects Trump Over ‘Dreamers’ Immigrants”, Lawrence Hurley and Andrew Chung, Reuters website, 2/26/18).

Aside #4: It’s going to be a long fight, but I think eventually it will be won and DACA will endure.  A huge majority of Americans support this program.

Aside #5: This ruling was in response to the 45 administration filing a brief that claimed sexual orientation was not intended to be protected under Title VII.  Because Republicans are all about “keeping government out of peoples’ business”, unless they don’t like you – then it’s ok for them to do it.

And, finally, this bit of nonpolitical good news…

I have always liked Dolly Parton.

Ok, on to the weekly weird news…Here’s an interesting slide show about daydreaming:

I am a chronic, lifelong daydreamer.

Recommendation for the week: The Cost of Living Calculator on the PayScale website.  You just enter where you live now, where you want to live, your current salary and job title (or the title of the job you want in the new city), then hit the calculate button.  I stumbled across this as I was looking into a move back to Memphis, which I’ve been daydreaming about lately heh.

Don’t know how I am going to manage it, so any suggestions would be appreciated.  I have a new grandbaby to meet!