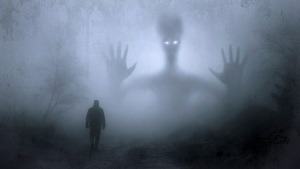 With apologies to Yeats, who wrote this in his poem “Nineteen Hundred and Nineteen”:

“O what fine thought we had because we thought/That the worst rogues and rascals had died out.”

Here’s a link to the full poem: “Nineteen Hundred and Nineteen” by Yeats

He was writing about Ireland, of course, but I think there are similarities with today’s political/social climate.  Plus, I love Yeats – he was the focus of my never-finished dissertation.

I haven’t written much, for a long time – not here, anyway.  But one of my New Year’s resolutions is to re-start this blog, and continue writing every Wednesday.

I can’t give you any good reasons or excuses why I have not been writing.  Some of it was this illness, some of it was a chronic state of upset over the election of the worst president in US history, and some of it was feeling overwhelmed in terms of subjects about which to write.  We here in the US are living each day in crisis.  Every day brings a new situation to worry about.

It makes sense in terms of narcissistic personality disorder, as 45 is responsible for creating chaos and crisis on a daily basis.  It’s what they do.  I’ve seen it time and time again in outpatient and inpatient settings, and usually was not sucked into it, but it’s hard not to howl at the TV when it’s happening to the entire country.  In a clinical situation, me ignoring behavior like this has an immediate impact on the patient; but, in the situation where the whole country is being played, me ignoring it or attending to it makes no difference.

That’s a hard thing to deal with.  And I didn’t want to deal with it in this blog.  Many clinicians and laypeople address this on a daily basis, and I can’t really add anything to the discussion.

So, briefly to start out, a health update: After many tests, and after switching endocrinologists (Dr. Asshat was pissing me off more and more), it appears as if I have hyperparathyroidism.  I am still taking Vitamin D and drinking copious amounts of calcium-fortified almond milk, and I get blood tests tomorrow.

My next endocrine appointment is Jan 16.  I am hoping it comes out that this is the actual problem, and that I don’t have to go see another specialist.  This endocrinologist thinks that it is secondary hyperparathyroidism due to Vitamin D deficiency, but the tests over time do not bear this out.  We’ll see.

The title of today’s post was chosen due to the imagery of dragons stampeding during the day – i.e., hearing and seeing all the wildly scary news on a daily basis – and having nightmares when finally crawling into bed, having no escape from the day’s insanity.  I imagine this scenario is true for the majority of the country right now.

I wonder, sometimes, what I would tell a client/patient if I were working right now, and was listening to the anxiety and depression that can be aggravated by societal upheaval.  Addressing the basis of the problem can, and does, get a therapist fired for “being too political”, but not addressing it and just suggesting the person medicate, meditate, and/or take up a new hobby just does not seem helpful.

We, as therapists, tend to put way too much responsibility on the client/patient, and not enough on the environment and other conditions that are aggravating or even causing symptoms in the first place.  Yes, we all can (to some extent) control how we deal with information, but we do not live in a vacuum where we can just “rise above it all”.

Not when the environmental stressors are due to actual things that might materially affect people, like cutting social programs and the like.  It’s really easy to be unaffected by 45’s policies when those policies do not affect you personally.

That seems really obvious, what I just wrote.  But it’s far too easy to put the entire weight of treatment on the client/patient alone, when a little bit of material relief would do a lot to ease symptoms.  Or when some kind of action the client/patient could take would make them feel as if they are trying to change the conditions that cause the symptoms.

I could see myself giving a client/patient the therapeutic assignment of “write an email to your representative”, if the person is overwhelmed with worry about his/her disability being cut, for example.

I could see this being relayed to another staff member or client/patient, who then writes up a complaint and sends it along to my supervisor.

Along with that, the client/patient is usually reassigned and/or talked out of writing an email to his/her representative, which is fine with them because, typically, clients/patients don’t like therapeutic assignments of any kind.  That’s why so few therapists assign them.

That’s also why so many therapists’ clients/patients don’t get better.

As I, hopefully, inch towards resolving my health issues and look to applying for jobs again, I am going to have to think a lot about where I can reasonably fit in.  I’m not seeing anyplace, to be honest.  And, without a car, my choices are really limited.

In weird news, Nebraska cops ruin Christmas by arresting elderly couple for weed.  The folks were trying to bring holiday cheer from California to Boston and Vermont.  The couple are the parents of the county prosecutor in Burlington, who has disavowed any knowledge of the felony his parents committed.  Jerk.  These people need a GoFundMe page.

Recommendation for today is for Schwan’s.  It is a food delivery service that’s been around for ages.  I am recommending them because they take the SNAP card.  Yeah, it’s expensive and you don’t get nearly the same amount of food you would get if you shopped at, say, Aldi, but it’s ideal for someone who is house-bound and it beats all hell out of Meals on Wheels (which, though free, has food that’s utterly disgusting).  So if you know someone who uses SNAP and has a hard time getting to the store, please tell them about this.

Be good.  Be kind.  Have a better year than the last one.

© Victoria Pomeroy and Victoria's Viewpoint, 2014. Unauthorized use and/or duplication of this material without express and written permission from this blog’s author/owner is strictly prohibited.
%d bloggers like this: